A Sprinkle of Sorcery ~ US Cover Reveal

Posted on August 25, 2020, tagged as A Pinch of Magic, A Sprinkle of Sorcery, Widdershins 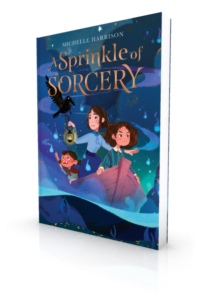 A Pinch of Magic was released in the US three weeks ago, so it’s now time to unveil the beautiful cover for the Widdershins’ second adventure: A Sprinkle of Sorcery. I think this is even more stunning and magical than the US cover of Pinch.
Cover art © Celine Kim.
Publishing 17 August 2021 by HMH Children’s Books. 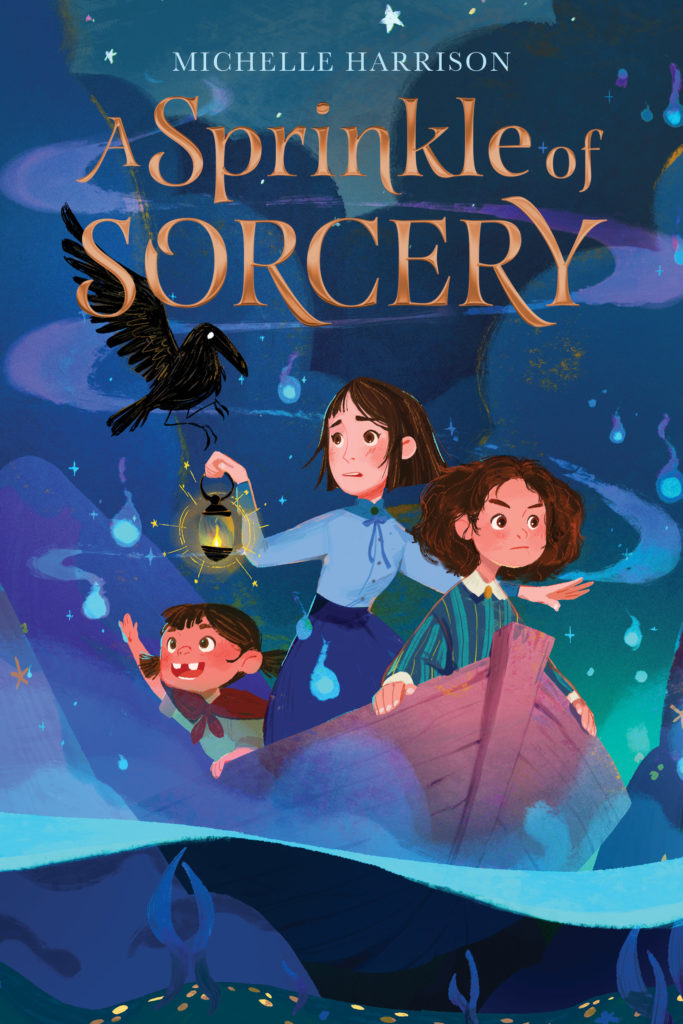 This sequel to A Pinch of Magic is another sisterly adventure, this time with a haunted shipwreck, a fierce pirate, and, of course, a little magic…

The family curse has been lifted, and the Widdershins sisters—Betty, Fliss, and Charlie—are free to leave the misty prison isle of Crowstone. But when a mysterious girl arrives at their inn accompanied by a will-o’-the-wisp, it seems another adventure has landed on their doorstep. The stranger, named Willow, is an escaped prisoner desperate to clear her father’s name before he’s executed for a crime he didn’t commit.

When Charlie is kidnapped Betty, Fliss, and Willow pile into their trusty boat and embark on another incredible adventure, one that involves ghosts, fierce pirates, and a journey to a mythic island that exists only in legends. Can they save their sister—and themselves—once more?

2 comments on “A Sprinkle of Sorcery ~ US Cover Reveal”