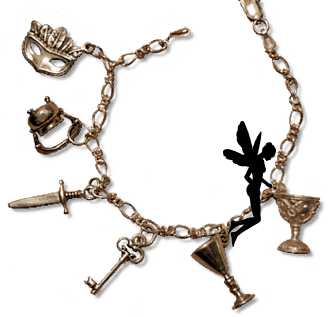 Please read these before contacting Michelle.

Do you visit schools?

Yes. I’ve given many talks and creative writing workshops in schools and festivals all over the UK, in which I talk about my life as a writer including my inspirations and path to getting published, including prizes and giveaways, and of course your chance to purchase signed books. I read from my work and end with a Q&A session. My workshops are usually focused on creating a thrilling story opening, either from a single word or from first encouraging pupils to imagine their own magical object. Like the vast majority of authors that visit schools I charge for my time, as it involves planning, travel and time away from my writing. If you are a teacher or librarian and would like to enquire about a visit, please email me via the contact page for more details.

What’s the order of the ’13 Treasures’ series?

One Wish is a prequel that can be read independently of the trilogy.

Will there be another book in the ’13 Treasures’ series?

I’d never say never, but for now I want to focus on other ideas.

What are you working on now?

I’m currently working on a third book in the Widdershins series to follow A Sprinkle of Sorcery. I also have a new series for younger readers of 6+ called Midnight Magic, the first of which launches in October 2020.

I have a great idea for a book. Can I send it to you?

I get many, many emails and letters from readers who want to share their ideas for future books in my series. Some of these ideas are nothing short of brilliant and I’ve been hugely impressed with them, as well as the generosity of the person sharing it. I feel lucky to have fans like you! HOWEVER . . . I really can’t use these ideas, even if they’ve come from ideas/characters I originated. Firstly for legal reasons (see more about this below, on me reading unpublished work). Secondly, for moral reasons. I’m a writer because I love coming up with ideas and figuring out plot twists. I would feel very, very uncomfortable (and wouldn’t be a very good writer) if I used someone else’s ideas. What I would love is if you took these ideas and used them to create stories of your own. Ideas are special and unique to you – use them well.

Do you mind if I write fan fiction stories using your characters/settings?

No, I don’t mind as long as it’s for your own entertainment and not for profit. Please note that I cannot read any fan fiction, however.

Can you recommend any books that are similar to your stories?

Yes! All of the following are among my favourite books.

For fans of 13 Treasures and One Wish I highly recommend:

If you enjoyed Unrest then try:

If you enjoyed The Other Alice:

Picklewitch and Jack by Claire Barker

The ‘Squishy McFluff’ series by Pip Jones and Ella Okstad

The House With Chicken Legs by Sophie Anderson

The Secret Garden and A Little Princess by Frances Hodgson Burnett

The Snow Sister by Emma Carroll

The Witches by Roald Dahl

A Monster Calls by Patrick Ness and Siobhan Dowd

The Long Weekend by Savita Kalhan

Frozen Charlotte (and actually anything) by Alex Bell

We Need to Talk About Kevin by Lionel Shriver

Into the Darkest Corner by Elizabeth Haynes

A Year at the Star and Sixpence by Holly Hepburn

The Undomestic Goddess by Sophie Kinsella

When did you decide you wanted to be a writer and why?

I’ve always loved stories, and I soon found that it was as much fun telling them as well as reading them. I started writing short stories when I was about fourteen, and by the time I left school I knew I wanted to be an author and illustrator.

Where do you get your ideas from?

Everywhere. A Pinch of Magic is loosely based on an Essex legend I stumbled across. It’s said there will always be three witches in the village of Canewdon, and whenever one of them dies a stone falls out of the church walls. I adapted this into the curse in A Pinch of Magic: every time a Widdershins girl dies, a stone falls from Crowstone Tower. (And Crowstone Road is the name of a street not far from where I live!)

In 13 Treasures I based the character of Tanya on my niece, who, according to a fortune-teller, would grow up to be psychic. I became interested in fairies after studying them in art at college, which gave me the idea of a girl who has the ability to see fairies.

Hangman’s Wood and the ‘catacombs’ are real; a small area of woodland near to where I grew up.

The Thirteen Treasures is a legend I came across. The list of objects and their powers changes from one reference to the next. I decided to make up my own list of treasures, using the legend as a starting point.

Many of the ideas come from common fairy lore such as changelings and the deterrents Tanya uses to keep fairies at bay, though I’ve added a few twists of my own.

Do you believe in fairies?

My books are fiction. To me, fairies exist in stories, art and my imagination – although sometimes I might like to pretend that the little scuffling sound under a floorboard might be a fairy, just for fun. That’s not to say you shouldn’t believe in them, if you want to. People believe in many things they can’t see: God, the Devil, ghosts. How ‘real’ something is to you often depends on how much belief you choose to put into it.

Where do you go or what do you do when you’re looking for inspiration?

I get inspiration from many things: newspaper stories, pictures, old places and objects – museums are good – or things people do and say. Sometimes, being bored is the best inspiration to write a story – I had many of my best ideas when I worked in jobs that didn’t require much thought, therefore my mind was constantly wandering.

What did you do before you were an author?

I’ve worked as a barmaid, an art gallery attendant, and a children’s bookseller for Waterstones. In one summer break from university I worked in a bakery, surrounded by sticky buns and cream cakes, which was torture as I have a very sweet tooth! My most recent job was in the editorial team of a children’s publisher, where I worked for three and a half years. I now write full time.

I got on with most people, and worked hard in lessons I enjoyed such as English and Art. I always hated Maths, and was terrible at it. I never put much effort in until the final year (I wish I had now, perhaps I wouldn’t need an accountant – oops!). Instead I had fun making up rude songs about teachers. Geography isn’t a strong point, either, as I dropped it to do an extra hour of art each week.

What was your favourite childhood book?

I loved Enid Blyton’s Famous Five stories. They were the books that made me into a reader. But my favourite book was probably The Witches by Roald Dahl. It doesn’t have an entirely happy ending, which I find refreshing.

What’s the best thing about being an author?

I love most things about being an author: getting paid to daydream and make things up, inventing worlds and characters that exist in my head, and especially hearing from my readers.

What’s the worst thing about being an author?

Paperwork that takes you away from writing (such as expenses and tax). Also, having a good idea, but having to change or abandon it because another author wrote something similar already.

Have you met any other authors?

Do you illustrate your books?

The chapter illustrations inside the UK and the majority of the foreign editions of the books is mine. There are a few exceptions, the US editions being one.

Will you read my story/poem/manuscript and give me your opinion?

I’m really sorry, but no. I get so many requests to read people’s work that if I read them all I’d have no time to write my own books. There are also risks to me legally if someone decides that something I might write in future bears similarity to something they sent me to read, so it is safer for me not to read any unpublished work. The ONLY exception is of course if you are a writer who is having a book published (not self published) and would like me to consider endorsing their book with a quote, in which case please approach my agent for details. Any other work or ideas that are sent to me will be deleted, unread.